Edinburgh is about as magical as a city can get. Get swept up in its sprawling cobblestone streets, its Celtic tradition of Hogmanay, its friendly residents, and in the sounds of bagpipes serenading you as you walk up The Royal Mile. A visit to Edinburgh makes you feel like you’ve stepped into a movie.

At Insta Tours, we think every city is the best city in the UK; each area has its own hidden gems and IG worthy spots. Why not look at our other tours in Liverpool, Bristol or Dublin?

However, let’s get back to discussing Edinburgh as it is definitely one of the best cities in the UK — maybe even in the world!

Culture is What Makes Edinburgh

Edinburgh is a city where something is always happening. Not a day goes by where there isn’t a pop-up club night, impromptu food markets, live performances… the list goes on.

Edinburgh is brimming with life; that’s one of the reasons Edinburgh is such a fantastic city. So, without further ado, let’s look at Edinburgh’s culture.

The Fringe in Edinburgh

If Edinburgh wasn’t already cool enough, it certainly passes the vibe check during The Fringe. It’s the ultimate place to be in August as the city is taken over by artists, musicians, comedians, performers, and authors — all making “Auld Reekie” their home.

You can see live comedy performances of some of the biggest names in the business and catch the new rising stars. For example, the BBC hit Fleabag made its debut at the 2013 Edinburgh Fringe; imagine how smug you’ll be if you see the ‘next Fleabag’ in person before it’s big…

The Fringe is also the perfect time to bump into celebrities. You might even get that elusive selfie with your hero; who knows, you could bump into a Hollywood superstar whilst ordering your neeps and tatties.

If you spend your New Year anywhere else apart from Edinburgh, then you’re not doing it right.

For those not in the know, Edinburgh’s Hogmanay is a three-day festival that includes street parties (official and non-official), fireworks, a torchlight procession with Scottish warriors,  firebreathers, and LOTS of dancing.

We recommend grabbing your friends’ hands and singing Auld Lang Syne on Princes Street, joined by hundreds of others to see in the new year for that wholesome feeling.

Another great spot is at the top of Calton Hill in Central Edinburgh. When the clock strikes midnight, you’ll get a panoramic view of the city from one of the most prominent hills in Edinburgh.

It’s not just during the Fringe when you can see the finest comedy around. Comedy is synonymous with Edinburgh, with locations like The Stand and The Monkey Barrel hosting regular comedy shows.

Edinburgh is so well known for its comedy that comedians will often come to Edinburgh to test out their material.

So keep an eye out for low-key comedy gigs around Edinburgh: you just might spot a big name at a small event!

Edinburgh is a city that blends the old and the new perfectly, and its architecture is so well preserved that Edinburgh is UNESCO World Heritage Site.

Take a stroll through the medieval Old Town, with its high-density tenement buildings and winding streets directly beneath Edinburgh Castle. Did you know that Edinburgh’s Old Town was built on a glacial ridge during the Medieval Period?

If you want to take some haunting photos, we recommend exploring Edinburgh’s underground cities. Beneath Edinburgh’s cobbled streets lies several underground closes and chambers, frozen in time. Initially, these underground vaults were used as storage for local businesses; however, they became the regular haunt for local criminals as time went on. Usually, illicit activities such as gambling and alcohol production would occur within these cloistered walls.

Moving on from the Medieval period, we reach New Town in central Edinburgh. New Town was built between 1767 and 1850; its purpose was to stop overcrowding and create autonomous communities.

When exploring New Town, make sure to check out The Scott Monument: this towering Gothic needle honours the legendary writer Sir Walter Scott. If you’re feeling courageous, you can go up the monument for an incredible view of the city.

A visit to Charlotte Square is an excellent opportunity to travel back to the Georgian Era. The stunning architecture makes for a fantastic photo. Also, Charlotte Square is home to the Edinburgh International Book Festival, making it an incredible destination for any bookworms out there!

Edinburgh is a Photographer’s Dream

Edinburgh is the city for you, whether it’s street photography capturing the mundane moments that turn out to be extraordinary, or whether you’re a fashion fiend wanting the best backdrop for this season’s lookbook.

If you’re interested in having a tour with us where we show you the best-hidden spots in the city to make your Insta grid stand out from the crowd, then consider our Edinburgh Photography Tour.

Here are two of the most beautiful spots in Edinburgh that are definitely worth your attention (we’re saving the rest for the tour):

The view from the top of Arthur’s Seat is unparalleled. It takes two hours to climb this ancient volcano, but the climb is worth it.

When at the top, you have an incredible 360-view of Edinburgh and breathe in the bracing sea air that blows in gusts over the city’s rooftops. If you weren’t in love with Edinburgh before, you will be after this.

Victoria Street in Old Town is rumoured to be the inspiration behind Harry Potter’s Diagon Alley. It’s a bustling street filled with cosy cafes, independent shops and bars. So, take a wander down this sloping street leading onto Grassmarket.

Well, there you have it. We hope you’ve enjoyed reading why we think Edinburgh is one of the best cities in the UK. If you’d like to learn more about the Instagram walking tours we offer, please get in touch.

Schedule a call & Get all our hen party planning tips!
0Shares
PrevNext 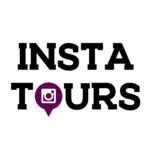 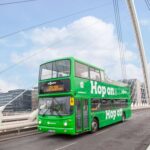 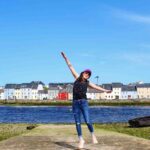 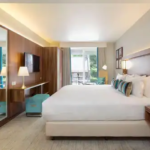 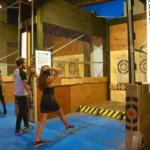 Speak to Conor
Here to help!
Insta.Tours
HI! What brings you here today?